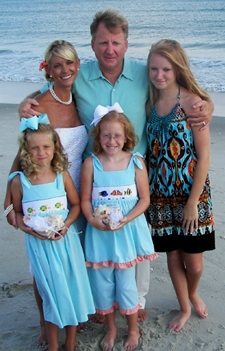 Born and raised in San Diego California, Brett A. Rutherford seeking adventure joined the USARMY Paratroopers. He was first assigned to the 82nd Airborne Division at Ft Bragg NC. However, wanting to be more involved with the world in which we live in he volunteered and graduated from the John F Kennedy Special Warfare School at Ft Bragg, NC. After years assigned to an Elite Special Forces Operational A Detachment “Green Beret”, he retired and began his career as a financial advisor.

Having Graduated from Methodist College with a BS in finance and banking, he was quickly picked up by Prudential Financial in their newly formed Rural Marketing Initiative course. After completion of said course Brett was offered a position as a Financial Counselor with BB&T investments. Accepting this position, he was responsible for starting up an office where one did not exist. Learning of his extraordinary skills, it was at this time that Wachovia Investments in Morehead City, NC offered him a position as Financial Advisor for six branches in Carteret County. Brett accepted this opportunity and in doing so moved his family and found a home in Carteret County and began a new life on the Crystal Coast, with his beautiful Wife and three Daughters.

After years working for Wachovia Investments, Brett discovered that Wachovia was merging with First Union. Needing to hold true to his ideals of integrity and fairness and after much consideration, Brett handed in his letter of resignation. Dismayed with working for firms that had more focus on “just the numbers”, rather than the client, he sought out another adventure and used this opportunity to open Rutherford Financial Group Inc. Mr. Rutherford is the current CEO. Additionally, he is the managing member of Rutherford Ventures LLC owning the current building in which Rutherford Financial Group Inc. is located.

Mr. Rutherford is not only a General Securities Representative (Series 7) he is a Registered Principal with FINRA (Series 24). He also is a Life and Health Insurance Agent and Medicare Supp/LTC Agent. Because Mr. Rutherford is not an employee of any firm he has the luxury of offering any and all products that are in the best interest for his clients and never what is best for some firms proprietary products. Mr. Rutherford takes pride in his work and as a Disabled Veteran he has a long held belief in Integrity, always putting his clients needs ahead of his own. 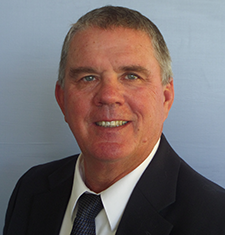 Mr. Clark Callaway, has deep roots in eastern North Carolina, He was born and raised in Elizabeth City and is married to a Beaufort Belle. Clark graduated from NC State University with a BS in Food Science and moved to Carteret County in 1975 as Project Leader for a Sea Grant scientific study of the NC Commercial Fishing Industry. Seeing opportunity, Clark started his own seafood processing/distributing company in 1978. Growing to twenty five employees and a fleet of refrigerated trucks, fresh and frozen seafood was distributed to restaurants and groceries throughout the state. After 20 + years in business, as seafood market conditions changed, Clark decided on a new career path.

Seeking to use his entrepreneurial skills in a new business that would benefit his family and his many business and community friends, Clark began a career in the Financial world. Changing careers mid-stream is not easy. However, with his business knowledge, Clark saw the challenges many families face and sought to help them achieve their financial dreams. Clark has been a financial advisor now for more than a decade. As the financial services industry has gone through regulatory changes, Clark, with much thought, recognized that he would be able to provide the best service to his clients by partnering with an outstanding independent Firm. Clark feels that Rutherford Financial gives him the freedom to help his clients and prospects with their dreams, hopes and aspirations.

Clark started in the insurance business in 1999. In an effort to better serve his clients, Clark obtained his securities licenses in 2006 and opened his MetLife office in Morehead City offering the full range of financial, insurance, and investment brokerage services. In a continuing effort, to provide clients with the highest standards of integrity, knowledge, and confidence in achieving financial goals, it is the culmination of a career path to work with the Rutherford Financial Group Inc. as a Financial professional. Clark truly believes that RFG gives him not only Integrity, but the freedom to offer all his clients the very best when it comes to "What’s in the best interest of the Client."

As an independent broker, working under the Rutherford Financial Group Inc, offering Life, Disability, Medicare, and Long Term Care products, as well as a full range of investment services, clients can know that products and services offered are without proprietary bias.

A graduate of the University of Arkansas, Maurice “Mo’ Chevalier served for 22 years in the United States Marine Corps. During that time, he served in the Vietnam War and flew 231 combat attack missions in the A-6 Intruder. Originally assigned to Cherry Point, NC in 1968 he served four more tours at that station before his retirement as a Lieutenant Colonel in 1988. The hallmark of his service was serving as the commanding officer of Headquarters and Headquarters Squadron at Cherry Point. During this period, he married Carol Vereen of New Bern and raised two sons.

Mo received his Masters of Science in Business Administration from Boston University while in the Marine Corps and used the knowledge he gained from that degree as a foundation to build a career in financial services. For thirty years Mo has worked in financial services stressing the importance of life and disability insurance.

His primary focus has been the business market with an emphasis on addressing corporate liabilities in privately held companies. This includes such areas as succession planning, estate planning, deferred compensation and funding the ESOP Repurchase Obligation, to name a few. Using a consulting approach to assist his clients, he has developed methodologies, processes and systems that are built on a foundation of integrity and trust. Over the years, Mo has developed alliances with other specialists to help him provide the best service services possible to his clients.

Mo has clients throughout the United States and elected to serve them from Morehead City. Returning to the area fourteen years ago, Mo and his wife reconnected with old friends and neighbors from high school and the Marine Corps. Mo is currently a volunteer with the Seaman’s Center Ministry on the Port of Morehead. 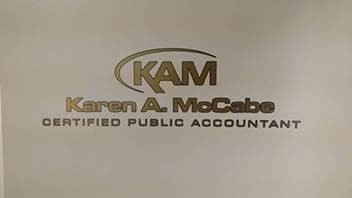 RFG works hard to build relationships with all financial fields.

Karen A. McCabe CPA is the sole owner of KAM. KAM came to Rutherford Financial Group Inc. 8 years ago Karen is one of the smartest, nicest persons you will ever meet. Karen works with all levels of tax issues, from a single person to large Corporate firm. Even though Karen A. McCabe/KAM is located in Rutherford Financial Groups Offices/Suites KAM is an independend Company and is not a part of RFG. KAM is a member of AICPA & NCACPA At present KAM is not taking on new clients.